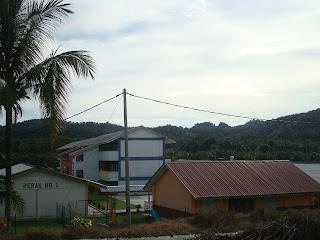 I am in home right now. Enjoying my holidays and celebrate Hari Raya. I have lots of time to relax for a while from the school and I think that it is a good time for me to do a reflection about what I had done, learn, experience and go through for 8 months as a new teacher in Kenang Primary School.

Let me do a bit of reflections one by one start with the children that I teach. If you still remember about a girl called Syamira in the earlier entry, she now begins to change. She had improved a lot in learning and giving responses. She is still shy to communicate with me but she had already begun to feel comfortable to do some work and give simple responses to me. I still remember to see her walked to me to take her book by herself when I called her name in front of the class. It was something unusual for her to do before. She begin sto have confidence to do that in my class. That is a great progression for her although it is very slow compared to the others.

If you still remember about Diana, a girl who just came to the school when she already 9 years old, she now showed a very well progress. After about 2 months she had been transferred to year 3 class (she was in year 1 class because she never came to school before), I found that she was still try to suit herself with new environment and friends. I can see that she was so shy to response compared when she was in year 1 class. However, in Mathematics, she now begins to learn to add and subtract numbers in thousands and did not having so many difficulties in learning. I did not want to push her too much because I know that she is still accepting the new environment. I want to consider that situation and I want to avoid from giving too much pressure on her. But I believed that she can learn a lot and catch up the other pupils later on. Go Diana Go!

I also always observed Romzi (the year 1 pupil that is so quiet in the classroom but can be so active outside). He is always quiet in the class a always. The good thing about him is that he is easy to take part in the activity that involves all the pupils. Although he is quiet, but he still can take part actively. I know he keep learning on although sometimes he gets confuse. These few weeks, I did not eally have time to observe him anymore because he will enter the remedial class when the Mahematics and Malay Language class. I just hope that he will learn better there and he will learn faster.

For all the other pupils that I teach, I feel accepted and fun to be with them. Although sometimes they make me feel angry especially with their naughty behaviour, but for me it is the common behaviour of the pupils. Itis the phase that they need to explore many things by doing it and need the guidance from adults to make sure they can choose and differentiate between the positive and negative. There were some events that always play in my mind like the moment that I get a durian as a present from my year 3 pupil in the class and also the moment where the year 1 pupil name Sulhilpi came to talk to me in Temiar language telling about his small umbrella happily. He just forget that I do not know anything he said because it is in temiar language! Most of all, I found that to be a teacher, we need lots of patience and considerable. Let just celebrate it! 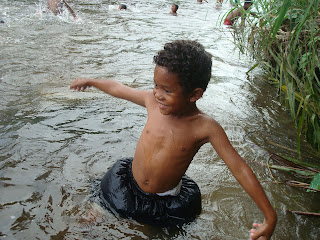 Other than the pupils, I also learn about my ability to do the side work of a teacher. Rather than just teaching and guiding the pupils in the classroom, teacher will involve with other work like organizing ceremony. From all the work that I done, I found that I dislike doing filing systems. Haha. i ust not really good at it. Although I will still doing it, I know that it just not suit me. However, I take this as a new learning experience and whether I like it or not, I need to do it properly. I hope that time by time I will start like to do it. Right now, if I can choose, I think I better in decorating the files than managing the contents.

Furthermore, I also had no difficulties to go out from the school as the early month I was in here. I have my own car right now. It helps me a lot and I feel save to stay in the school. It also make me easy to travel to the nearest town for my personal needs or for my job needs. As I said before, by time we will find the way out from any problems that appear in our life. We just need to be patience and then work toward the problems and find the solutions.
There will be a few more months to go before I complete my first year as a new teacher in Orang Asli school. A few more months mean that a lot of things will happened and lots more things to be experienced. I hope that I will be able to complete this year with a great memories to be remember.


p/s: learning process is never enough, we do it everyday without we realize it sometimes...
Posted by apistakkisah at 4:31 pm
Labels: reflection