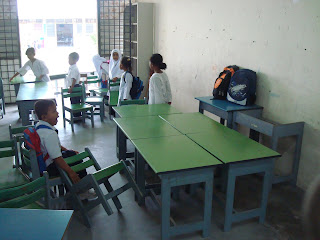 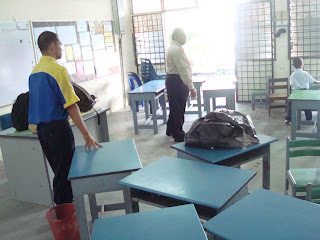 The pupils looks confuse for a while when I told them that they need to move out from the class because this situation is new to them. But after they see I started to take off all the materials from the wall, they started to understand. I was quite sad to take out the displays that I put on the class because the pupils will not be able to observe it anymore. But after I found that the class that we will move have some empty space on the wall, I feel happy again because I can put the displays there. 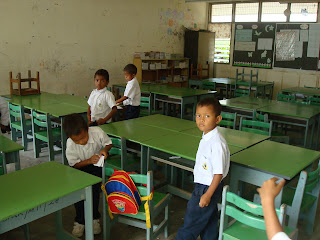 Both pupils from the year 1 and year 6 work together to move the materials from both classes. They brings books, chairs and tables to their new place. It not taken so much time because some of the teachers that teach year 1 and year 6 also take part in transferring the pupils in the new place.

Although it will be a new class for the year 1 (I focus to them because they are still new to school environment), but I believed that they learn something from the situation. They learn that works will be easier and faster if they do it together and they can learn where ever they had been transferred. 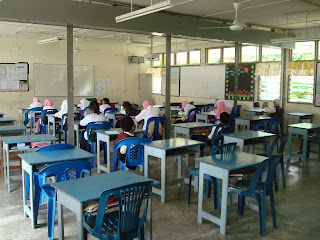 p/s: still struggling to suited myself to teach year 3. Hopefully did not take longer time to feel comfortable teaching them.
Posted by apistakkisah at 8:37 pm
Labels: experience