Do you like to play video games?
I enjoyed play video games sometimes. A long time ago, when I was a boy, playing video games was not that popular, but because of my family background, it became exclusive. My parents' views of video games was that they were something bad and a waste of time and so on.
Now that I am an adult (enough...ahaha) and technology has developed so fast, video games are usual things. People play anywhere, anytime; any age. You do not need a particular device anymore, as you can even play using your phone or tablet or what ever things applicable now. Ahhh... what is not lucky to be growing up in this era! ahaha 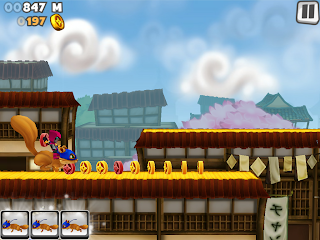 But do we learn something from video games? I found that everytime I play a video game, definitely I want to progress. Yeah, from one stage, I want to go to the next stage. I want to win the battle, the fight or whatever is needed. I tend to feel bored if I stay on the same stage and then I start to find a new video game to play.
Isn't that what life is all about as well? Finding the next stage and doing as well as we can. Try and try but if it does not suit us, try something new. If only everyone could adapt this to real life right? ahaha...I also hope for the same. Sometimes the eagerness to play the game (fantasy) is much better than the reality (life)! Something to think about maybe?

PS: Suggest me some video games please :P
Posted by apistakkisah at 9:21 am
Labels: opinion