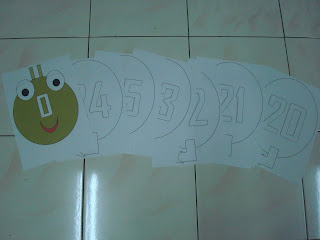 "I have a friend. He is so sad because he cannot find his body... can you help him?" That was a bit of the dialogue that I used in my year 1 class few days ago. We were going to arrange numbers from 0 to 25.

I hold the face of the caterpillar and tell the pupils a story about this poor caterpillar. I even asked them to close their eyes before they can see the caterpillar face because I told them that the caterpillar was so shy! haha... Just want to attaract them to feel more excited about the activity today. 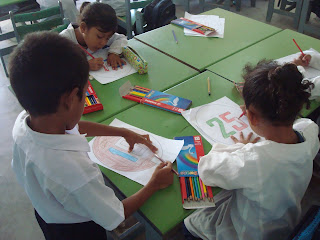 Then, I continued the lesson by gave all the pupils one paper each. On the paper, there will be a round shape (the body of the caterpillar) and a number on it. Each pupils will get random number from 1 to 25. 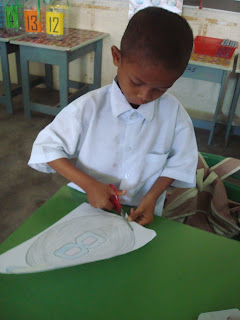 What my pupils need to do were writing down how to spell the numbers, and then colour the pictures and also cut it out! It was so exciting to see the pupils so excited to do the work so that they can help the caterpillar! hahaha... I encouraged them by repeating the problems that the caterpillar have. 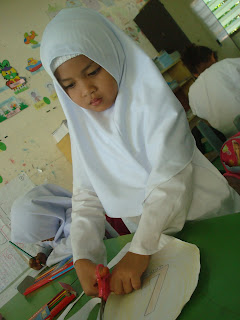 Suddenly, NorAzie (a beautiful year 1 girl) called me and told me that her caterpillar's leg having a problem. She wanted to cried because she told me that the caterpillar cannot move because of her. I went to check what happened to her caterpillar's body and found that she cut the leg off the body. :D I told her it will be fine. we will paste it back later. The caterpillar maybe have a bit trouble to move later but it will be fine. Right after that, i told everyone else to be careful when they cut the body out so that they will be no one else make the same mistake. 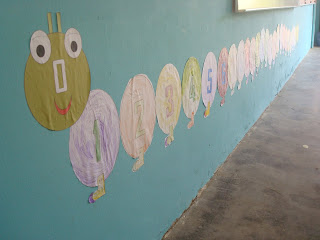 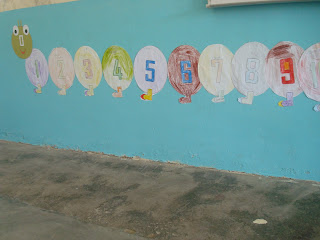 p/s: I just share what I do. I know there are plenty more peoples that have more experience and creativity than what I have :)

Posted by apistakkisah at 10:12 am
Labels: teaching and learning