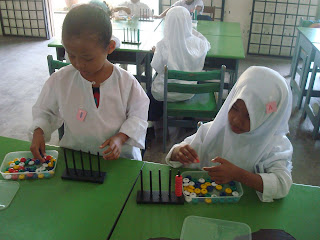 I was a bit busy last week so, do not really feel to update blog plus a bit lazy to think about it. hahaha... But I have some fun although sometimes difficulties keep coming and coming and still do not find the way out of it yet. It will be fine...I know that time by time, all the things will go to the solution, just need to be patient, keep trying and keep praying for it. 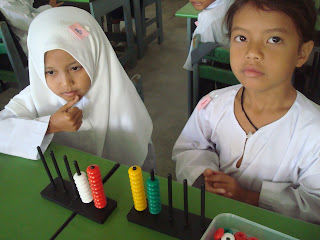 So, this week I do a comparison about numbers with my year 1 pupils. I will just tell this activity in a very short and simple way. Ooopsss, sorry, just not really in the mood of typing and writing!
This activity was done in a pair so that all the pupils will involve and the probablity for the pupils to feel and learn will increase. 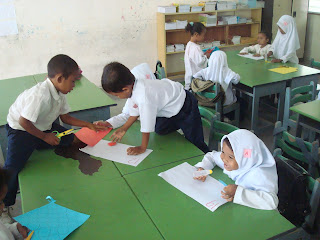 The activity was quite fun to do except it needs lots of moving around because when I do the activity in pairs, means I need to go around the class and help more pupils. I already tried to put the pair in a fir way so that they can help one another but smetimes it takes time for them to really get what the objective of comparing two numbers. 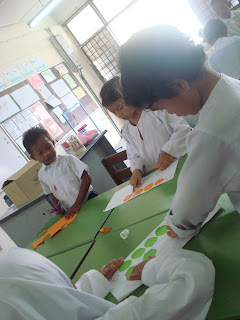 After a few times doing the comparing with the abacus, I change the activity in making posters. This time, I let the pupils to work in a group of 4. I gave 2 pieces of plain papers and then 2 sheets of colourful papers with 20 round shapes on it. They pupils need to work together to cut the round shapes according to the number stated on the plain paper. 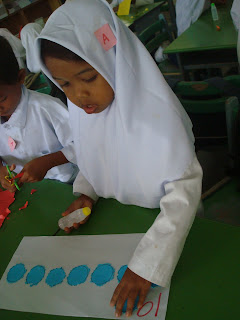 Of course it was so great to watch and observe the pupils working together doing the work given to them. I can see that the pupils work together to finish the task. The class was so busy and they giving attention to fisnish the work. 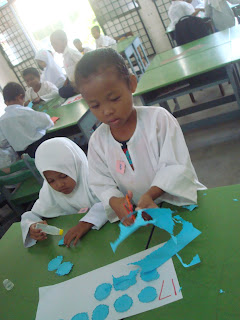 They will still compare the numbers given to them and also counting the round shapes correctly to the number stated. It was fun to do! After all the group finish, I let the pupils count their round shapes first and let them do the comparison in front of me. Then we pasted the posters on the wall :) 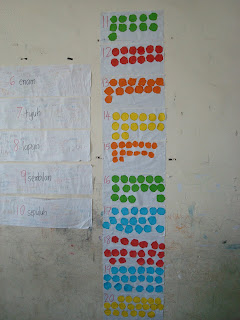 p/s: another test week ;) good uck guys! Please do the best!
Posted by apistakkisah at 9:06 pm
Labels: teaching and learning