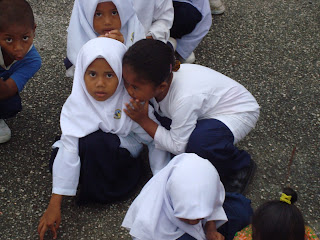 Just a few days before I went back home for school holidays, I had attended another short course about the new syllabus for Mathematics for Year 1. The syllabus will start to be use next year, 2011. This new syllabus are more exciting and great. It suit with what I learn in my study before. It is simple but support active learning and the usage of concrete materials.

I do not want to focus on the syllabus much because for me, its already been developed and I as a teacher need to accept it, and learn about it and apply to my pupils soon. During the short course, I had met with one of teacher that I know from several course that we attended together before. Yeah, quite a few times we met this year. We had been like a good friend now.

He teaches in a small school in the same district with me. For me, he is a nice guy and I believed he is a good teacher too. On the day that I met him, he was so stressful. I was so pity to him. He said he was given a lot of works in his school as he the only male teacher in the school. He told me everything that had burden his thinking. I was really sad for him.

Honestly, I do not really know how to help him but I hope that I help him by listening to him. I told him to be really strong and have a lot of patients. This is the reality of being a teacher. Some people that never been in this job always said that being a teacher is an easy job to do but the reality is not that easy. I told him that I really support him and I believed that he can handle it with nice and great soon. I believed he will find the way out from it. Every school have its own story and we need to deal with it and hopefully that we deal it nicely. 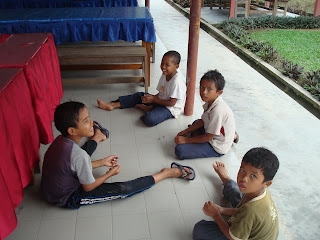 The second day I met him, he looks better than the fisrt day. I think he must feel a bit relief and fine. Good for him because too much thinking about the work will only stress himself. Before we split to our own destination, I remind him to be strong and patient again and he can always tell me whatever he struggling from anytime ;) I believed we will meet again next time :)