Turn to something interesting :) 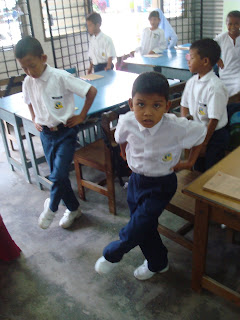 My Temiar pupils are also special. they did not bring any boom back (most of them) and did not really get support in learning when they get back home. so, without choice, school will be the only place that they learn something formal like Mathematics. So, I need to use my time properly to make sure that it will help them. 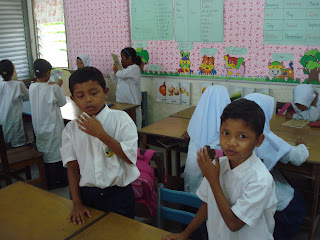 p/s: one more week before final examination! Lets prepare gun, swords and everything! It's a war! haha
Posted by apistakkisah at 8:59 pm
Labels: teaching and learning