In my previous study in college, we were always reminded about the effectiveness of doing group work in teaching the young children. I tried to implement group work in my teaching to this Temiar pupils as much as I can to gain the benefits of doing it.

So, I introduce to them group work where I mix them by using numbers that they will take from a small bag. I choose to mix the pupils together because of some aims. I realized that doing a mix ability group will have own risk on those lower achiever where they will stay quiet and passive during the activity and just let the other pupils in charge. However, I believed that when this pupils sit together, at least they can do observations and listen to what other pupils do in the group. The learning still involve there. 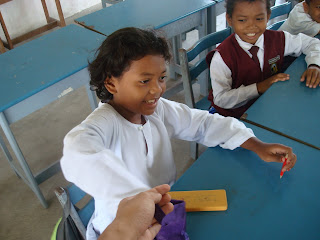 The other interesting situation that I observed during the group work is the communication between these pupils. I think they quite shy to talk to me and asked to me questions. Especially when they feel like their malay language was not really good. They shy to ask me questions. So, when they were in group, they feel more comfortable to talk to me and also to talk among them. This situation is so good because it will lead into a discussion on the task given to them. 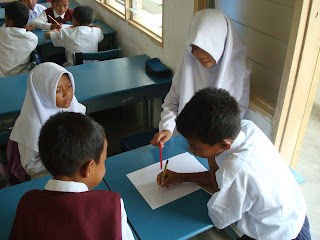 Sometimes I felt that the group work is so new to them. maybe they did not get much approach before because at the first time I conducted a group work with them, they looks confuse on what should they do. Now, after a few times doing group work with them, they get use to it. They were some competition arise. Oh yeah, forget to tell that these pupils do not have motivation in learning. So, they just come to school without knowing why they come here. At least group work can motivate them a little bit.

I just want to maintain this good things with my pupils. I know it t 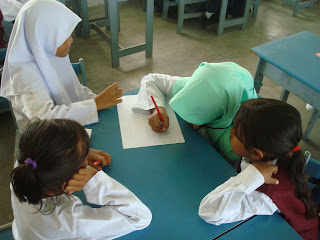 akes time to make improvement but a small step of good things will lead to a great success in future. That what I belive. And much more than that, Andrew Matthew also suggest that "wherever you are headed, take small steps, make success a habit" (Happiness in Hard Times, 110). So why should I stop doing this right? ;)

p/s: Just quite worry about the syllibus that need to be slow down ... not a little bit slow but a lot!
Posted by apistakkisah at 8:38 pm
Labels: teaching and learning