A visit to Mauritius (Part 1) 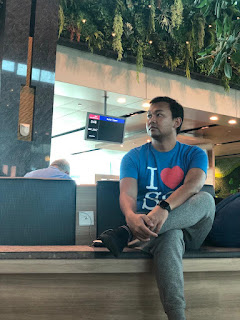 So now that I have quite a lot of free time being at home after the Movement Control Order was implemented by the Malaysia Government, I have extra time to reflect on my time in Mauritius! Yes, I went to Mauritius recently in January 2020 and it was an amazing experience.

I remember that I did not have a proper sleep the night before I flew to Mauritius mainly because of my usual last minute packing but also because I was very excited to go there. It's also has been a while since Dr. Kit left Malaysia and started to work at the University of Technology, Mauritius.

I arrived at the airport with a Grab an hour earlier than I had planned.  My flight from Kuala Lumpur to Singapore was smooth and early! I arrived in Singapore, only to learn that the flight to Mauritius was delayed because of the cyclone without any further information about the reschedule; just had to wait for phone calls/email. I had never been to Singapore airport before and for my first time there I spent about 36 hours! How not to love Singapore airport after all the time spent there! 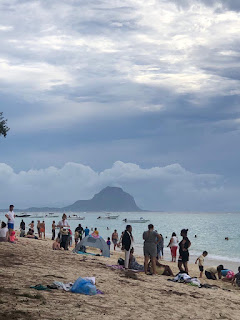 Finally, when the flight was confirmed, I got on the plane and felt  like I was the only Malaysian in the flight. I was so tired and mainly my flight was full of getting to sleep and watching unfinished movies. I arrived in Mauritius and realised  that my luggage was smashed. I took the experience as positive even though the experience was a bit traumatizing. I saw Dr. Kit was waiting for me at the arrival and everything felt safe and easy again! So glad to be back with him! Some activities I did while in Mauritius:

Went to the local beach 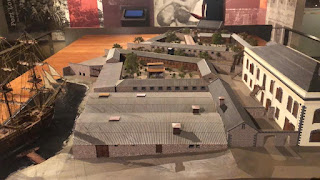 This was the most memorable place that I went. Aapravasi Ghat is now a museum that showcases the history of Mauritius. The World Heritage Site gave me a lot of knowledge and learning experience about slavery and indentured labour under colonisation. Some part of me felt sad to see life in Mauritius before and also appreciate how everything has changed now. It also brought back memories and connection when I was in Ghana. 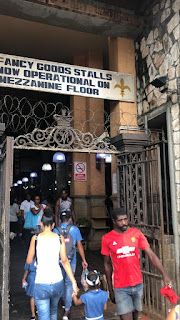 I had some time today wander around Port Louis city centre after the visit to Aapravasi Ghat. It was busy and full of people and traffic. The city is developing with more projects coming soon I think. I was glad to be there to experience the city centre while sitting down listening to street music! Love it! 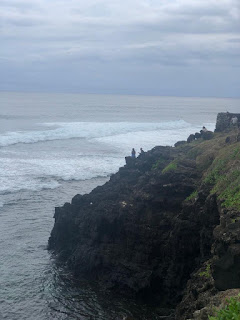 I spent one afternoon in Gris Gris with Dr. Kit. The amazing views and rocks around the coastal area were stunning. There were a lot of people there even though it was raining for bit. We had a really nice lunch at the restaurant nearby after quite a long journey in the car.

PS: I decided to write it entries in a few different parts so that I will not miss anything!
Posted by apistakkisah at 9:54 am
Labels: experience