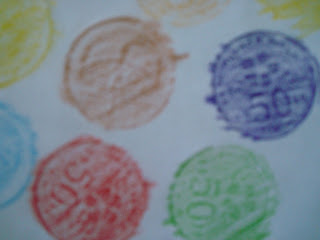 As what I planned yesterday, I had carried out the teaching and learning about money focusing on Malaysia's coins to Year 1 pupils. The class was quite similar like yesterday. I started the class by discussing about the similarities and the differences in the coins of 10 cent, 20 cent and 50 cent with them. Oh, I forgot to tell that yesterday before I ended my class with them, I already told them to bring a coin that they have whether 10 cent, 20 cent or 50 cent. So, some of them bring it today but some don't especially the pupils that stay in the hostel. They did not really have any coins with them. I already expected the situation, so I had bring some coins to let them borrow. 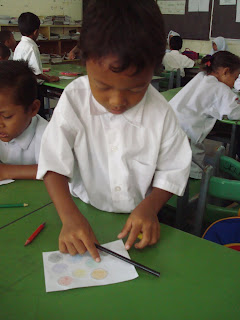 The activity was so simple. The pupils need to trace the coins using the plain paper given to them. They will put the coin under the paper and then use the colour pencil to trace the coin. I let the pupils use any colour that they like to make the activity more fun and the result more interesting. however, I still stressed to them to make sure that the features on the coins still can be seen and can be read. 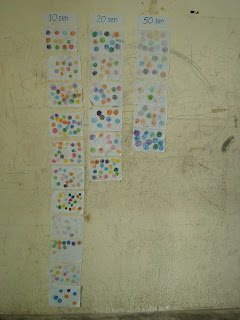 Some of the pupils struggle to do this activity. maybe they never done it before so I need to go to them and show to them individually to make them know how to do it. it so great to see they try hard to finish the task given to them. After they finish I asked them to paste on the wall as usual. I did not expect that the pupils will count the coins that they had draw, but it happened. Although some of them just said any value that they like but it already generate their thinking. 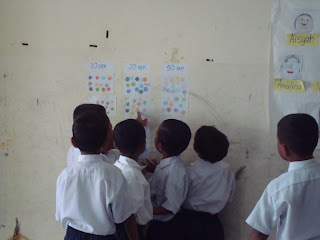 p/s: be patient! Expect the unexpected...
Posted by apistakkisah at 5:43 pm
Labels: teaching and learning