Welcome back to school: Term 2 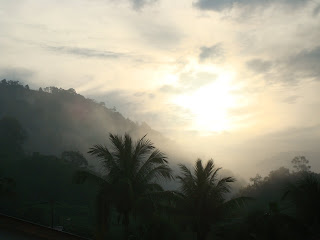 Time is running so fast. Now, we already coming back to school after two weeks of holidays. And without realized, I am already teaching for a half year in this school. It was so great actually because I do doubt about my teaching career to this Temiar pupils at the first month I was here. But now I never feel that way anymore but already accepted what had been given to me and feet so grateful that I had been posted here.

As many teachers and staffs had expected about the attendance of the pupils, it was coming true. The attendance of the pupils were decreasing. Especially after a long holidays, some of them already forget about school (maybe). This is a serious issue that we have to deal when teaching in this rural school. Attendace will affect pupils performance in class because everytime they did not come to the class, they will miss lots of things. What is more serious is that some pupils were not only skip one day but some of the pupils did not come for a week or for months. One of the pupils that I never see him in school again is my year 1 pupils name Sulhilpi. He comes to school for a week and then dissappear for a month and then come back to school again and I not see him yet until today.

I know that we cannot really blame the children about their attendace to school. One of the reason is because the location of their house. It was so far away on the hills and the road was also in bad condition especially when its rain. The choice for them is to stay in the hostel and I know that its hard for a kid to stay away from their family especially to year 1. I am so pity to see some of the kids had no choice instead of staying at the hostel. But, if their sacrifice can make a better future, why not right? But I believed that the pupils did not know yet the meaning of sacrificing. I really respect some of the pupils that are so young and brave enough to stay in the hostel and stay away from their family.

By the way, welcome back to school to start our 2010 session. Although I can observed that the spirit of learning is not really shown, but lets start it and wish that everybody will turn energetic and this few months will give us lots of benefits and great things. 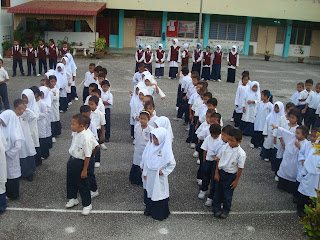 p/s: making displays for fractions for year 5... and other topics too to come, I have no choice or they will left behind.